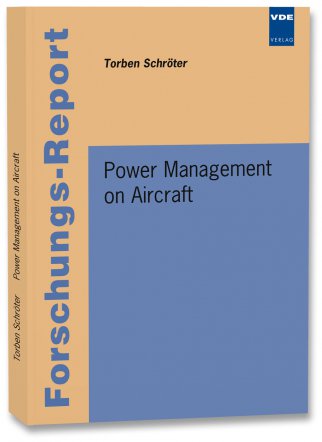 Advanced Book Search
A major development objective when designing new aircraft systems is the continuous improvement of aircraft efficiency. This objective is often achieved by reducing the mass of the aircraft.
This thesis discusses the weight reduction in the aircraft electrical distribution system. In doing so, the focus of the studies described lies with the optimization of that part of the electrical system which supplies power to non-flight relevant electrical consumers. The optimization approach benefits from the use of an effective electrical Power Management (PM) function. This function allows for the dimensioning of the distribution capacities based on in-service current measurements instead of theoretical values. This approach demands devising a mathematical method that makes it possible to calculate the feasible level of optimization of the distribution capacities. The mathematical method must take safety and reliability requirements as well as customization aspects into account.
After the introduction, this thesis describes the state of the art of the aircraft electrical system, electrical consumers, relevant mathematics, and typical applications of electrical load management schemes.
The third chapter delineates the newly developed mathematical method for identifying limited network resources. A new quantity, which shall be referred to as Mean Time Between Under-Capacities (MTBUC) and its inverse, the under-capacity rate, characterize a key element of the method. The method integrates aspects of airline customization, too. The fourth chapter focuses on data quality for using measurements to dimension network resources, prerequisites relevant to the application of the new mathematical approach, and how to perform an electrical load analysis for networks with limited resources. The chapter concludes with a benefit analysis of the PM approach. Chapter five elaborates on how to realize a PM function on the aircraft studied, discussing elements like PM integration, protective devices, PM algorithms, and PM realizations for single-phase and three-phase electrical power lines. Chapter six analyzes another four approaches to optimize the electrical system and compares those with the approach forming the main focus of the thesis.
The thesis concludes with a summary and an outlook to additional topics for the further development of the aircraft electrical system.