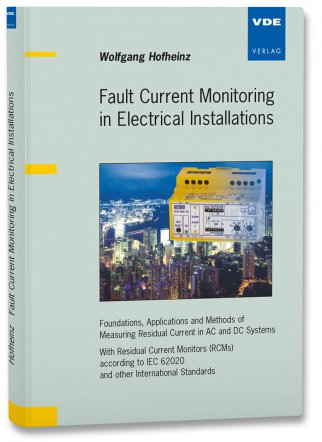 Foundations, Applications and Methods of Measuring Residual Current in AC and DC Systems - With Residual Current Monitors (RCMs) according to IEC 62020 and other International ...
(» Full Title)

This book is meant to support project designers of electrical installations; at the same time it can be used as a reference book on the subject of fault current monitoring through the method of residual current measurement. Because of the application descriptions, measurement techniques, standards, regulations and provisions it may provide useful information to constructors and operators of electrical installations.