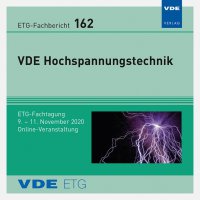 Abstract:
AC gas-insulated lines (GIL) use particle traps which provide low electric field strength areas to capture free moving conductive particles, derived from assembly or abrasion. Under DC condition, particle movement is different from AC. Due to that, for DC GIL particle traps different design criteria must be applied as for AC GIL. These particle traps must fulfil specific requirements, such as a high rate and speed of trapping and must provide areas of very low electric field strength for both polarities. The particle movement at DC voltage was investigated in a real-size GIL test set-up. The test set-up was equipped with a particle injector and a specific camera system for an accurate observation. An elaborated test series was carried out with different test parameters, such as different types of particles, both polarities and AC voltage. Specific DC effects, such as the dependence on polarity, reactivation after polarity reversal and the effect, that particles are attracted to areas of higher electric field strength, need specific countermeasures. Design criteria, such as a minimized electric field profile, aspect ratios, shapes, positions and orientation of the particle traps were deduced, based on these investigations. Three different types of particle movement were observed, after particle lift-off: Standing motion on the enclosure and at the bottom of the conductor as well as bouncing motion between enclosure and conductor. There are significant differences between the positive and negative polarity, which lead to different countermeasures. Unlike to a particle trap solution for AC GIL, a DC GIL requires a particle trap on the conductor, too. The particle traps must also cope with specific DC effects, such as the reactivation of particles at polarity reversal, or that particles at a standing motion will always attract to areas with higher electric field strength. Furthermore, the DC particle trap should also be capable trapping particles at AC condition in case of a conditioning procedure.