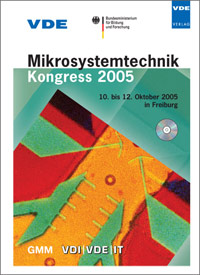 Abstract:
Complementing single electrode recordings, passive, substrate-integrated thin-film microelectrode arrays (MEAs) have become established tools to investigate spatio-temporal patterns of electrical activity and neuronal interaction in-vitro. In the neurosciences, acute brain slices with accessible and well-preserved neuronal microcircuitry have become the most widespread preparation, that can also be recorded with MEAs for spike activity and local field potentials. Oxygen and nutrients are, however, supplied to the slice tissue by diffusion only (usually from one side) and can may become limiting for tissue stability viability, and slice thickness. Since MEAs record on the face of the slice not directly exposed to the continuous stream of buffer, this might become critical. We therefore developed and compared solid and perforated MEAs for extracellular recording and stimulation, the latter to provide a second exchange surface. For each array we determined the depth profile of the local O2-partial pressure (pO2) in cerebellar brain slices. On impermeable MEAs, pO2 decreased linearly with depth in the tissue. Added diffusion through the perforated MEA surface decreased the slope of the pO2 gradient and the minimum level reached within the tissue. In addition, signal-to-noise ratios (SNR) in the recordings increased. Improved supply also allows thicker slices and thus the preservation of larger networks, i.e. more complex and in-vivo-like networks. Furthermore, drug accessibility to the recorded cells is improved, accelerating dose-response studies.