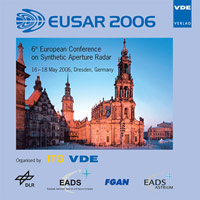 Abstract:
New results of radar measurements of the natural objects such as forest, agricultural and waterlogged zones of Ryazan and Moscow regions are given in this report. The measurements were carried out during the period of September, 2004 – February, 2005 using the improved polarimetric airborne SAR system IMARC, that operates simultaneously in the X, L, P and VHF bands. In addition to radar the ground-measurements of the soil and vegetation cover characteristics were carried out at the same time. The difference in the radar images obtained in various bands is shown. The two- and three-dimensional clusters of nature objects (meadows, forest, dam, open soil, peatery etc) in space of frequencies and polarizations were built.