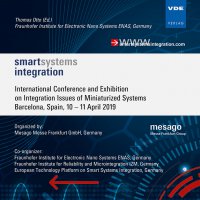 Food Analysis for All: The PhasmaFOOD Project Approach

Abstract:
Nowadays we are living in an era of food market globalization with a rising global food demand due to population growth but also due to the booming demand coming from the Asia-Pacific region where public health concerns have been identified as a main factor for restrictions in international trade of food. Exposure to biological and/or chemical hazards has created consumer mistrust to governments and the food industry, a mistrust that is threatening to become a long-term problem. The increase in awareness amongst EU governments, industries and consumers concerning food safety and authenticity is steadily increasing over the years as determined by the Rapid Alert System of Food and Feed of the European commission. Many of the potential hazards can be due to the existing processing environment, which may accelerate or facilitate those biochemical changes. Furthermore, the authenticity of European food produced with defined quality standards is a key expectation of consumers as well as a key selling point for the European agri-food economy. Whereas food safety within Europe is well coordinated and has a high profile, this is not the case for detection of food fraud or the enforcement of associated legislation. Additionally, food spoilage due to microbial activity and other biological and chemical hazards throughout the food chain is one of the most significant threats to food security. Indicatively, every year unsafe food causes more than 200 diseases worldwide (ranging from diarrhea to cancers) and 600 million people fall ill after consuming contaminated food, from which almost 420.000 die every year (a third of them young children), resulting in the loss of 33 million healthy life years (disability-adjusted life year - DALYs).