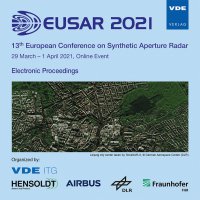 Inhalt:
Poisson’s Summation Formula (PSF) has numerous applications, not only in radar imaging. It is the bridge between continuous (infinite integrals) and discrete settings (finite sums) and, hence, links the Fourier transform, Fourier series, the Discrete-Time Fourier Transform (DTFT) and the Discrete Fourier Transform (DFT) to one another. Most importantly, however, is the fact that Poisson’s Summation Formula is the actual core statement hidden in any sampling theorem. In this paper, we show that two operations, discretization and periodization, are needed to come from infinite integrals to finite sums. These operations are moreover involved in any imaging process, in particular, in radar imaging. We use two operations, comb and rep, to better understand Poisson’s Summation Formula, both introduced by Woodward who is also known for introducing the sinc function and Woodward’s ambiguity function. With these operations applied to functions it can be shown that "sampling a function with 1/T" means to "periodize its Fourier transform with T" and, vice versa, "periodizing a function with T" means to "sample its Fourier transform with 1/T". This simple statement turns out to be both, the sampling theorem and Poisson’s summation formula. However, there are functions which cannot be sampled and functions which cannot be periodized. Constant functions or constantly growing functions, for example, can be sampled but cannot be periodized. Vice versa, a Dirac δ can be periodized, it yields a Dirac comb, but cannot be sampled. So, another outcome in this paper is an easy-to-apply rule for distinguishing those functions which can be sampled or periodized or sampled and periodized and those which cannot.