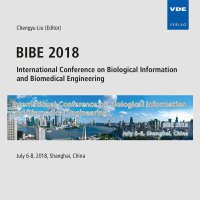 Inhalt:
Background: Endoscopic retrograde cholangiopancreatography (ERCP) is an advanced upper endoscopic procedure and is useful for the diagnosis and treatment of pancreatobiliary disorders. The technique involves imaging of the biliary tree and pancreatic duct following endoscopy and is used to aid the diagnosis of obstruction, for example by gallstones or cholangiocarcinoma. However, ERCP is an invasive procedure of considerable duration and causes substantial discomfort to patients. Thus, a deeper level of sedation may be necessary to ensure the success and safety of the procedure. Although the incidence of sedation-related complications is low, it is closely associated with endoscopy related morbidity and Mortality. The use of propofol for endoscopic sedation has increased due to its useful pharmacokinetic profile. However, no reversal agent is available and cardiovascular and respiratory complications can result. Use of midazolam in conjunction with opioid has been reported to be a higher quality of sedation, better patient satisfaction and no significant increase in the development of hypoxia and arrhythmias. And its reversal agent, flumazenil can immediately reverse the sedation effect of the midazolam and lead to faster recovery and fewer postoperative adverse events. Objectives: The aim of this study was to compare the effects and safety profile of ERCP using propofol and oxycodone vs. those of ERCP using midazolam and oxycodone. Methods: Sixty ASA (American Society of Anesthesiologists) II or III patients undergoing Endoscopic retrograde cholangiopancreatography (ERCP) were randomly allocated to one of two groups. Group P (n = 30) received propofol target-controlled infusion (TCI, target site concentration 3mug/ml at induction, reduced to 2-3mug/ml during general anaesthesia maintenance and titrated to a BIS (bispectral index) of 40-60) and 0.1mg/kg oxycodone for anesthesia. Group M (n = 30) received 0.1mg/kg midazolam and 0.1mg/kg oxycodone for anesthesia induction and 0.05-0.1mg/kg·h midazolam for anaesthesia maintenance and titrated to a BIS of 40-60. The injection rate of midazolam is 1mg/min. For both groups, a 20-30 mg propofol bolus was also injected when the patient coughed or moved their bodies as the operation began. After the surgery, all the patients in Group M received 0.5mg flumazenil to get rapid awakening, patients in Group P were stopped from propofol infusion. BIS after anesthesia, recovery time, I ntraoperative and postoperative complications, including hypoxia, bradycardia, hypotension, gagging or body movements, nausea and vomiting, and patients’ satisfaction were recorded. MAP, HR, SPO2 and BIS at the time of arrival of the operating room (T0), 5 min after induction (T1), endoscope through the throat (T2), endoscope through the duodenal papilla (T3), during the process of operation (the mean value of any 3 times during the operation) (T4) and the time when patients regained consciousness (T5) were recorded. Results: In total, 60 patients were enrolled in this prospective study and were randomized to Group P (n = 30) and Group M(n = 30). The number of patients with adverse reactions during the operation in Group P and Group M were 15(50.00%) and 5(16.67%), respectively (P = 0.006). Patient satisfaction score in Group P and Group M were 8.23±0.94 and 9.03±0.81, respectively (P = 0.001). In addition, Group M had a shorter mean recovery time than Group P ((2.57±0.73 vs 5.77±2.58, P < 0.001). And there were no difference between the two groups at TO. HR was significantly higher in Group M than in Group P at T2, T3 and T4.MAP was significantly higher in Group M than in Group P at T1, T2 and T3. SpO2 was significantly higher in Group M than in Group P at T4. Conclusions: Midazolam and oxycodone anesthesia for ERCP is safe and may reduce the incidence rate of respiratory inhibition, decrease of heart rate and blood pressure, and may shorten the recovery time. Patients are more satisfied with the use of midazolam than propofol. It’s suitable for clinical promotion.